Plone 3 has been released now for some time. If you are still using an older version then you should consider upgrading.

What is a Plone upgrade? 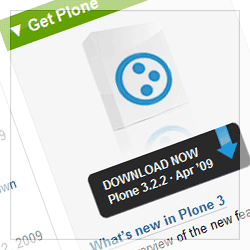 Plone (http://plone.org/) is an open-source Content Management System (CMS) developed and supported by a not-for-profit foundation. Like any other professional software, it is constantly being upgraded for many reasons including fixing bugs, patching security vulnerabilities, adding new features, improving speed and making use of new web technology.

A new major version is usually released about every 12 months (e.g. Plone 2, Plone 3, Plone 4) and minor releases (e.g. 2.5, 2.6, 2.7) are released every month or so. An minor release upgrade usually only provides minor changes and is aimed at fixing bugs and improving security. It is usually a simple task taking only a few hours and minor releases will generally require no programming.

Major version upgrades say from Plone 2 to Plone 3 require more significant work. These upgrades introduce significant new functionality and improvements and often require specific programming work to ensure that your site functions properly after the upgrade. Often new programming standards are introduced in the major upgrades to ensure that the quality of the system is constantly improving.

There are many reasons to upgrade.

How much will it cost?

This is a hard one to answer generally and we really need to quote on each project individually.

Minor “point release” upgrades are very simple, for instance upgrading from Plone 2.5.1 to Plone 2.5.2 is so simple we probably did it for you for free. We often simply slip these upgrades in any time you are for a little work done on the site.

Minor releases, say from Plone 3.1 to 3.2, are slightly harder and usually take about 3-4h work, we generally don’t do these for free but would aim to do them in conjunction with other work. These upgrades rarely provide much extra functionality but are often pretty important in terms of security and bug fixes.

Also, there are usually two ways to upgrade being the “quick way” and the “right way”.

It is often very wise to time your upgrades in the context of your website project agenda.

For instance, if you are intending to give your site a new look or refresh it makes no sense at all to do so on Plone 2 then upgrade to Plone 3 shortly afterwards. This will result in a large duplication of work and significant extra costs. It would be most sensible to do the two tasks at the same time because much of the upgrade work involves editing all the skins and styles anyway so we might as well be doing the job once.

Similarly if you wish to introduce a new add-on product to your site such as a blog, or forum, or podcast, it is very wise to do this after upgrading because it means we can install the latest versions of products. In some cases there are no options for the old version, for instance at the time of writing this there are no longer any Plone 2 based forum products that are actively supported and if you want a forum you will have to upgrade to Plone 3.

Generally the rule is to always bring your site up to the latest version of Plone prior to, or at the same time as, doing any significant work on it. When planning, you should budget for a major upgrade approximately every 12 months and minor upgrades more often than that.

The best list of Plone 3 features can be found at http://plone.org/products/plone/features/3.0

The main ones would be:

In addition to the main features of Plone there are now may advanced add-on products that are only available in Plone 3. In most cases these are now just simple installations that can be done at the same time as the upgrade.